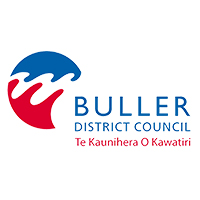 Peace and tranquillity, excitement and adventure, the Buller District has it all- topped off by an enviable climate, laid back lifestyle, and close community environment. Stretching from Punakaiki in the south to Karamea in the north, and inland as far as Springs Junction, the district covers 8,574 square kilometres, boasts two national parks (Kahurangi and Paparoa) and Victoria Forest Park, two heritage areas and is home to a population of 10,000. As the territorial authority for the northern West Coast, the Buller District Council has a wide range of responsibilities under the Local Government Act, with an overall goal of promoting the well- being of local communities including the townships of Westport, Punakaiki, Karamea, and Reefton.

Sharon Mason is an experienced Chief Executive Officer (CEO) in local government with more than 20-years’ experience as a health executive in the New Zealand and Australian health systems. She has a proven track record of success in leading transformational change, building positive workplace culture, and delivering strategic results which are the very skills which brought her to work for Buller District Council, an entity which had been through significant turmoil prior to her arrival.

As CEO of the Buller District Council, Sharon Mason has championed its transformation. It now ranks second for GDP growth in New Zealand and leads economic growth for the West Coast Region. Buller District’s economic indicators have significantly improved for the first time in over a decade. She has achieved this by working in partnership with her team, Te R?nanga o Ng?ti Waewae, central government, local businesses, and the community.